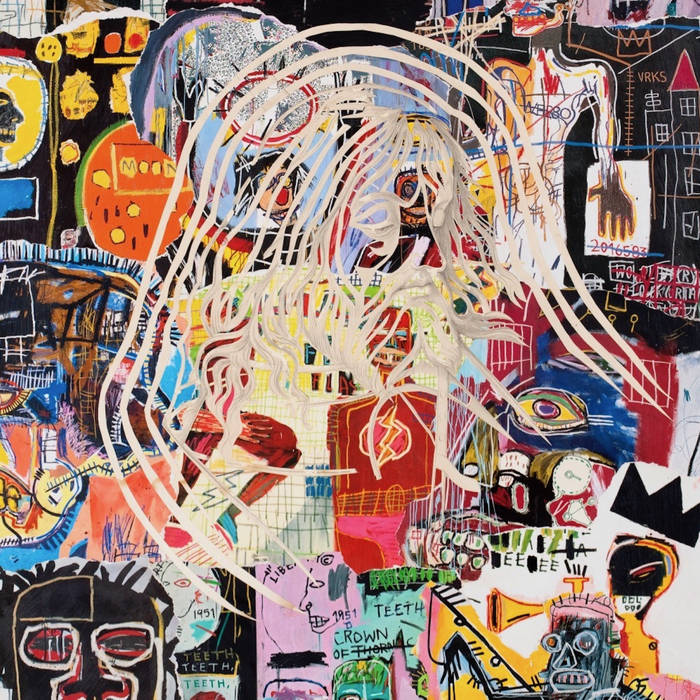 “Richly textured, clear in its message and valid in its anger, this is a work with something to say.” - Songlines

“a true soundtrack for those without a home where they are, or a home to go back to. Not world music, but between worlds music.” - The Wire

Helmed by Dave Watts aka D.WattsRiot (Fun-da-mental), the debut KingL Man album, ‘Headonix’ is beat-laden shout out in response to the perpetual state of war we seem to find ourselves at. Outrage and disgust, love and hate, history and presence.

Fresh on the scene is Senegalese vocalist Sidi I.B., who arrived on Canarian shores with two hundred other compatriots, cold, wet and hungry after seven days at sea with nothing but his future in his hands.

Temporarily housed at the infamous migrant holding centre in Las Raíces, Tenerife, the studio environment provided an avenue of relief from the inadequate conditions at the overcrowded camp.

Also from Senegal, living in Santa Cruz de Tenerife, is rapper Ibrahima El Latigazo who delivers his lyrics in French, Wolof, Spanish, English & Sérère. Rounding up the Senegalese contingent is Mame Samba, a group that hold the spirits close when performing. Their contribution is from recording sessions they had with François R. Cambuzat & Gianna Greco (Putan Club / Ifriqiyya Electrique).

What the Press said…

“… an album that upends ideas about global music, bringing in a stunningly wide array of voices and collaborators to create an album simultaneously placeless yet crammed with dissidence and resistance. As such it’s way more compelling than any more self-conscious global jukebox manoeuvres, a true soundtrack for those without a home where they are, or a home to go back to. Not world music, but between worlds music.

Crucially the righteousness of the record never feels worthy, never feels like something you ought to respect. Rather the labyrinth of samples, voices and broken beats is always ravishing and compelling enough to make every fresh corner a revelation. A record for these tangled and torsioned times to rank alongside The Bug’s Fire. Seek it out. “ The Wire | 453 Neil Kulkarni

“One of my albums of the year.” 3RRRFM | The Good, The Dub, The Global

“Fierce! One of the albums of ’21, no doubt.” Garth Cartwright | Songlines

“Headonix feels like a sucker punch, its ten tracks pulsing…Richly textured, clear in its message and valid in its anger, this is a work with something to say. “ Songlines | Nov. 2021 | Jane Cornwell 4/5